Welcome to Money earning apps for Android. Do you know that you can make money from your phone? Many people are already making it with their android phones. In this article we are going to give all the necessary steps to make money from an android app.

The following are the best money earning app

Price: Free / $0.99 per item sold / $39.99 per monthDOWNLOAD ON GOOGLE PLAYAmazon is one of the world’s largest retailers. You can be a part of it if you want to. An Amazon Seller account lets you sell things on the service right alongside every other item. This is a great way to clear out the garage, make a few bucks, or even start a selling business. They let you do it for free. However, you do pay $0.99 for every item you sell. Those who sell tons of items may fair better with their $39.99 per month subscription that omits the $0.99 charge. In any case, this is right up there with eBay when it comes to money making apps.

Price: FreeDOWNLOAD ON GOOGLE PLAYLots of people have tons of stuff that are worth some money. eBay can help you turn that stuff into actual money. Pretty much everybody knows how eBay works. You put your stuff up on a listing. People then buy it and you ship it out. You can sell pretty much whatever you want from books and cloths to electronics and even furniture or cars. We recommend selling larger items locally because shipping can be challenging, but otherwise this is where you want to start when selling stuff. It’s definitely among the best money making apps and the most recognizable for sure.

Price: FreeDOWNLOAD ON GOOGLE PLAYMany people are artists, tinkerers, and creators of some sort. People like that can use an online shop like Etsy to sell their various arts and crafts. You can find a variety of stuff there and virtually all of it is handmade, limited edition, or one of a kind. Shop owners can sell whatever they want really. The app itself is called Sell on Etsy. It lets you manage your shop, your orders, and your listings. You can also chat with potential buyers and do other stuff. This is a great way for the artistically inclined to make a few bucks. The app will help them do that.

Price: FreeDOWNLOAD ON GOOGLE PLAYIbotta is a lot like other rebate apps. The basic idea with both apps is the same. You do stuff like go grocery shopping and buy the stuff you were going to anyway. The app helps you earn cash back on those purchases. The process is that you pick out things that you’re going to buy, go buy them, and then verify the purchase. The app then sends you money via Paypal, Venmo, or gift card. Like most, it’s not going to earn you a whole lot of money. However, when used with other money making apps, you can get a pretty penny. It’s worth a shot at least.

Price: Free (with ads)DOWNLOAD ON GOOGLE PLAYMake Money: Passive Income Ideas is exactly what the title suggests. Unlike the scam ones where they make bold promises they can’t keep, this app tells you what is within the realm of possibility. Along with a list of 60 jobs that you can do from home, it also offers up a list of relevant skills that you’ll need to do them. Some of them are easier than others. For instance, starting a blog or a YouTube channel are a couple of the ideas. It won’t generate money on its own, but it does help give you ideas on how to do so without a whole ton of effort. It’s one of the promising money making apps.

Price: FreeDOWNLOAD ON GOOGLE PLAYPaypal is a powerful platform. Most know it because of eBay. However, you can use the platform to run virtually any business. It can accept payments from virtually anywhere and you can use it to manage invoices, payments, and sales from various websites if you want to. There is another app by PayPal called PayPal Business that is made specifically for small business owners. It won’t make you money on its own, but it can help if you have an idea for a business.

Price: FreeDOWNLOAD ON GOOGLE PLAYSquare Point of Sale is an app that lets you accept credit card payments from people. You’ll need to get a little device that plugs into your phone, but after that, you can swipe cards and collect money. Using this, you can sell pretty much whatever you want pretty much wherever you want. Like Paypal, the app itself won’t generate any money for you. You’ll have to find willing customers. However, the ability to accept money in situations where you normally can’t is helpful. The app is free to download and signing up gets you a free magstrip reader.

Surveys on the Go

Price: FreeDOWNLOAD ON GOOGLE PLAYSurveys on the Go is an app that lets you complete surveys for money. Unlike many where you get points or Google Opinion Rewards, this one pays out in cash. Admittedly, there are only a few surveys available during any given month. Thus, don’t expect to be rolling in dough. However, it’s good for those who just want to earn a few extra bucks here and there. The app itself is a little blandly designed, but it’s easy enough to use. It’s not an absolute must, but it is one of the stable money making apps as long as you don’t expect the moon.

SEE How to make money online for free

Price: FreeDOWNLOAD ON GOOGLE PLAYThe service industry is reaching out into mobile in a huge way. Uber and Lyft are transportation services that hire real, actual people. You drive other people around and make money doing it. Additionally, there are drivers for food delivery services like GrubHub, UberEATS, etc that work much the same way. Even pet sitting apps like Rover and DogVacay need people to sit for other people’s animals. The service industry is starting to boom on mobile and everything I listed above has an app. They all make for great money making apps. It’s worth checking their sites to see if they’re hiring (they almost always are).

Price: Free / $12.99 per monthDOWNLOAD ON GOOGLE PLAYYouTube is a decent source of passive income if you don’t mind the hard work. It’s probably difficult to get into well established areas like tech, news, etc. However, if you can find a good niche and a decent audience, you can make a few bucks every month. Don’t expect tens of millions of subscribers, but the right kind of content, consistency, and a good work ethic can score you enough to get by. It’s tough, competitive, and it requires some creativity. However, many people make a fine living off of YouTube.

As earlier said, Many people are already making it with their android phones . Make good use of this opportunity.

How to make Money Online and Increase your earning

How to make Money offline and Increase your earning

How to make cool money from survey websites

How to make money Quickly without Stress 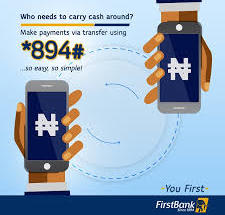