BBNaija Housemates Biography / Profile – On this page, you will see all the Biographies and Profiles of the contestants for this year’s episode of the reality show. We shall list their Pictures/photos, names, and ages. Read more.

You are welcome to another interesting session to be fully informed by infoshoutloud. If you have been searching for the Biography of the 2020 BBNaija housemates/contestants, then search no more for we are here to give you all that you need. 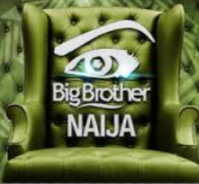 Big Brother Naija Housemates Biographies 2020 has been the Most Frequently Asked questions on our blog. In response to this, we have decided to compile all the contestant’s biographies/profile, names and ages for 2020.

Ozo is 27 years a Consultant and entrepreneur, is from Imo State. One of his greatest achievements is working with a UEFA Federation in Europe. It is no surprise then that when he is not busy consulting or managing his urban clothing line, you’ll find him analysing sports and watching documentaries and TV shows.

Hobbie: Learning to stay without loud music.
Philosophy of life: No boundaries with an ounce of hope.
Achievement: Working for a UEFA Federation. It was a job I took great pride in and enjoyed doing.

Victoria “Vee” Adeyele (23) is a musician based in Lagos, Nigeria. Vee, as she is affectionately known, was born and raised in London and moved to Lagos almost a year ago to begin her music career where she has already made great strides.

Hobbie during lockdown: Definitely sleeping for hours on end.
Philosophy of life: Live every day like it is your last.
Achievement: Performing at the Palmwine Music Festival last year.

Prince who is the son of king says he is a very hardworking person. However, he says he is an introvert and extrovert. He says he is bringing dance moves to the Friday night party. He believes he is in the show to win the money. He also wants viewers to expect the unexpected

Brief Details about Lilo
The 23 years old dietician says she is a goal-getter and goal-driven. Even though she doesn’t like people being in her business, she likes to be in charge. She hates people who don’t know how to mind their business (Looks like we already have trouble in the house)

TrikyeTee loves food and is not a fan of proud people. He says he doesn’t fit in with society. He already knows he will be getting into trouble because of his outspokenness. The 35-year old says he also wants everyone to watch out for his dance moves.

Even though she likes her space, she says she lights up the room whenever she enters a place. Lucy says she will be bringing all the vibes and fun in the house.

The 27-years old says he is funny and loves to party. He says he is bringing all the ingredients to marinate the show. He however hates spiders. He believes his confidence is mistaken for arrogance.

Dorothy says she doesn’t vibe with proud people. The 24-year old says she will be causing wahala in the house. She however says she is mainly interested in the money but will also be shooting her shot in the house.

The 28-year old dance instructor says he is an easy-going person. He says he loves food and will bring life to the house.

A single mum, Mathoni speaks Swahili, loves music, and will be bringing fun to the house. The fashion entrepreneur says she is open to finding a relationship in the house.

He likes real people and is a very fun person. He says he is bringing a lot of drama, entertainment, and reality to the house. He promises to be himself in the house.

The 27-year old Rivers state indigene say she is the boss lady. She loves money and hates poverty. She is bringing a lot of surprises to the house.

The Edo state born fitness instructor says he is going to have fun. He says viewers should expect a lot of nudity from him. Eric says he lost his virginity at the age of 20.

Erica says she is coming with good vibes. The actress says she is going to bring out a lot of drama in the house. She dislikes attention seekers, people who don’t take care of their hygiene and stress.

Bright brags different as he says he has been to almost all the states in Nigeria. He speaks Igbo, Hausa, Yoruba, and Edo languages fluently. He says he is bringing the total package to the show.

Kaisha says she is a hard-working woman. She loves to sing, dance, and have fun. The Sokoto state born beauty says there will be no dull moments with her.

Neo says he is fashionable and stylish. He says he is bringing vibes, cruise, and entertainment to the house. Neo hopes to find love in the house.

She’s all about positivity. She is solely in the show to win the money. She is a Naira Marley fan that makes her a Marlian.

Laycon is an artist who loves to have fun. He says he is bringing fun and craziness to Biggie’s house. He believes his fans and the viewers will enjoy his stay in the house.

Nengi is know to love travelling and good food. She wants people to just see past her beauty 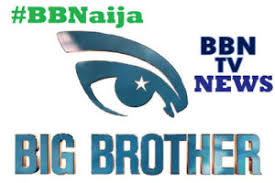 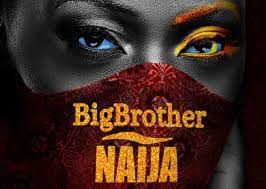