Hi friends, Can Brain Training really helps in Forming Stronger Memories? This question is often asked especially among students. In our previous, article we were able to discuss the physical composition of the brain . The hormone dopamine may play a part in your ability to make new memories.

Dopamine is often known as the “feel-good hormone,” but it’s much more than that.

This neurotransmitter earned its nickname because when we anticipate a reward — like winning a game or falling in love — dopamine levels increase, giving us a feeling of euphoria and bliss.

But research has also found that dopamine is essential for the formation of episodic memories, such as what you had for dinner last night or where you parked your car at the mall.

This provides insights into potential new treatments for memory disorders.

One treatment option would be to use medications that increase dopamine in the brain, either directly or indirectly. Another is deep brain stimulationTrusted Source of the neurons that produce dopamine.

But those looking for a less invasive version may have another option: brain training.

Researchers are now investigating the effect that brain training games have on dopamine, learning, and memory.

In a recent study, a team led by researchers from Brown University found that in certain situations, unexpected rewards boost the formation of episodic memories.

The study was published earlier this month in Nature Human BehaviorTrusted Source.

In psychological research, this kind of better-than-expected outcome is known as a reward-prediction error. These involve the release of dopamine in certain parts of the brain.

In the study, researchers tested the link between reward-prediction errors, learning, and memory by asking people to play an online game.

During the first — or learning phase — of the game, people bet on whether they would win the reward shown at the start of the round. The chance of winning was tied to an image that appeared after the potential reward.

People’s guesses were based on feedback from previous rounds. The likelihood of an image category being associated with a win remained the same for many rounds, but changed at certain points in the game.

During the memory phase of the game, people were asked to identify images they had seen during the learning phase. These were mixed in with new, but similar, images.

Researchers found that people were better at remembering images from rounds in which they accepted a risky gamble.

Memories were also stronger when the images caused a stronger reward-prediction error — when there was a larger difference between the expected reward before and after the image was seen.

Memory benefits showed up within five minutes after the learning task. Similar research done in mice found that it took 24 hours for memories to form.

The findings occurred within the context of a computer game. But these kinds of unexpected rewards also occur in real life — such as stumbling upon a new favorite coffee shop or finding a great deal on a new car.

Kent Berridge, PhD, a professor of psychology and neuroscience at the University of Michigan, said the results support the authors’ view that activating dopamine neurons ‘stamps in’ learning at that moment.

“It’s a kind of learning or teaching signal that creates a memory,” said Berridge.

He pointed to earlier researchTrusted Source that focused on norepinephrine, a neurotransmitter that’s active in the amygdala, a part of the brain involved in processing memories.

“That research showed that you could enhance the memory of a moment, primarily by activating norepinephrine to the amygdala,” said Berridge, “like creating a flashbulb memory where the world is brighter, where you remember that moment very vividly.”

He said that although dopamine and norepinephrine are involved in different pathways in the brain, their effect is similar — by making a moment more exciting or more vivid, it enhances memory formation.

Dr. Alison Adcock, PhD, an associate professor of psychiatry and behavioral sciences at Duke University, said dopamine acts like a gateway between experience and memory.

Memory isn’t just a “tape recorder of the things that happen to you,” she said. “It’s really about making memories of things that are most important and have relevance to future behavior.”

She said this happens both through attention and through basic memory mechanisms, including dopamine’s actions in the brain.

The authors of the new study plan on repeating the experiment with people with depression. People with this illness often have imbalances of dopamine and other neurotransmitters.

Study author Matt Nassar, an assistant professor of neuroscience at Brown University, said in a statement that this can affect how well people with depression form new memories — they may remember negative events better than positive ones.

Parkinson’s disease is another illness caused by a shortage of dopamine in the brain. This leads to body tremors and movement problems. But it can also affect a person’s memory.

“People with Parkinson’s disease have memory problems because they don’t have enough dopamine to help them lay down new memories,” said Dr. Cheryl Kennedy, a professor of psychiatry at Rutgers New Jersey Medical School in Newark.

People will usually be able to recall old memories, but they may not remember what they ate for breakfast.

Kennedy said this is because “the retrieval of old memories is different from laying down new memories.”

The goal of the new study wasn’t to test a brain training game that could be used in the clinic. It was to understand how unexpected rewards affect memory.

Some studiesTrusted Source have found that lower levels of dopamine in the brain are associated with symptoms of ADHD. Medications used for ADHD may work by stimulating the production of dopamine.

Adcock’s work is focused on using brain training to activate dopamine neurons on the midbrain — and seeing if this can prime learning.

But results from this study won’t be available for another couple of years.

The effects of dopamine on memory are not just about turning experiences into “flashbulb” moments.

Dopamine also encourages people to seek out new experiences that could become memories — a function that’s impaired in both depression and ADHD.

“Dopamine is critically important to that kind of exploratory behavior, or flexibly adapting to what’s happening in the environment,” said Adcock. “If you sit in one place, you’re not going to make memories because nothing’s happening.”

The above is all you need to know about Can Brain Training Form Stronger Memories?. I hope the article was very helpful to you.

How To Treat stomach ulcers| Treatment of ulcer

How to Quiet Your Brain and Live Longer (6 different ways) 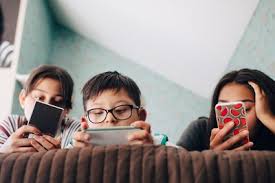 How Screen Time Affects the Brains of Children